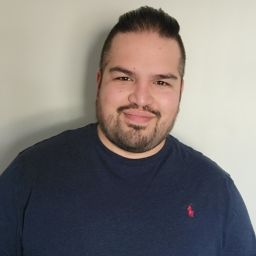 Higgins is originally from the Jacksonville, Florida area, attended Ave Maria University in Naples, Florida where he majored in History, with a minor in Politics. After his high school sweetheart and wife attended USF, they settled down in Tampa. Higgins taught high school history and theology for five years before starting his own business and focusing on providing the premier outsource web development firm for small to medium sized businesses. You are guaranteed to learn valuable lessons as Higgins shares his dynamic career journey.

Today on The OMG! Show: Burning the Boats with Special Guest Michael Higgins

0:52 – Oscar talks about his previous experience with SEO and asks special guest, Michael Higgins to describe an overview of his role with SEO.

2:19 Oscar asks Michael to tell him about his back story.

13:25 – Oscar Identifies the change in Michael’s mindset in 2008 when he was willing to take any job vs. 2014 when he felt the need to be more selective. Oscar asks Michael to explain the shift.

14:58 – Oscar emphasizes, “What does your freedom actually cost you? You could work 80 hours a week, but it’s not worth sacrificing the time with your kids and family.” He alludes that early in an entrepreneur’s career, they typically consider the kind of life they’d like to have and how can them make it work?

16:00 – Oscar asks Michael where his tech background comes from.

Oscar summarizes that each part of Michael’s career has been a stepping stone, and what may have been a major set back at the time, has become a tool for Michael to differentiate himself.

19:54  – Oscar recalls the early laundromat idea and fixing computers not being the right business model. He asks Michael how he navigated the waters to where he is today.

28:19– Oscar asks Michael what two hats he actually wears and what he is able to outsource.

29:17 – Oscar asks Michael if he struggled with letting that power go, or because of the obligation, did he have the mentality that he didn’t have to do everything?

31:46 – Oscar reiterates that Michael was paid enough money to cover his bills without knowing what he was doing – hence “Burning the Boats.” Michael had no option but to press forward and make it happen.

33:05 – Oscar asks where the other 25% of Michael’s business came from (referrals, outside parties, etc).

34:41 – Oscar mentions that, in the beginning, a lot of service based entrepreneurs #1 don’t know how to price themselves and #2 take on too much and get burned out about the amount of contracts.

38:08 – Oscar asks Michael if once he figured out the pricing model, he had an easier time getting clients or if he faced roadblocks.

38:08 – Oscar rewinds to when Michael was trying to figure out how he could make more money. He asks where the want and need came from? At that point, were you not spending enough time with your family or what was the motivation?

43:49 – Oscar inquires if the three tiered structure is in place now or has it evolved?

44:50 – Oscar asks Michael for his take on having a sales funnel.

44:50 – Oscar asks Michael if he feels his biggest catalyst has been networking opportunities.

48:14 – Oscar asks Michael to look back at the past three years and identify three lessons he’s learned to continue doing what he wants to do.

Michael shares:
1. Make a decision and execute on it. What are you going to do?
Create main tasks and sub-tasks and just do it. Incentive: “I won’t get paid unless I do this!”
2. Create relationships. Face to face relationships can be a potential client.  Pipeline which could be many clients. Give an incentive.
3. Simple Math: How much do I need to make? How many clients/contracts  do I need to get there?

52:07 – Oscar asks Michael his take on “shiny object syndrome” and staying committed to a simple plan without trying to get there quicker and faster.

55:10 – Oscar asks Michael his take on scaling your business. Do you find out what works and double down on that strategy or identify the outliers and focusing on those?

58:57 – In summary, Oscar reiterates to focus on your strengths, use people that will strengthen your weaknesses, and asks Michael how we can find him.

Michael would love to meet for cafe con leche and talk about how we can help each other!

Oscar Garcia is a sought-after consultant, coach, and speaker specializing in online marketing and host of the highly rated podcast, "The OMG! Show,"

After pulling out his 401K and diving head first into muddy waters, he quickly built a half-million dollar business in only eight months. Over the past few years, he's dedicated himself to growing businesses through proven systems and sound strategies that produce conversion rates of 70%+ and ROI's of 200% or more. When he's not focused profitable paid traffic funnels, you can find him traveling the country or sipping on a nice refreshing mojito.

FREE AS WELL! THIS 70-MINUTE MASTERCLASS WALKS YOU THROUGH HOW TO START SELLING YOUR COURSE AND GROWING AN AUDIENCE FOR YOUR BUSINESS. YOU'LL SEE RESULTS WITHIN A WEEK.